Shanice Nembhard started her dance training at a young age growing up as a competitive dancer. She studied at Ryerson University and graduated their Performance Dance program as valedictorian. She began to expand her knowledge and training as a professional dancer as her journey continued . She has worked with renowned choreographers such as Gadfly, Vicki St. Denys, Louis Laberge-Côté, Robert Glumbeck, Cora Kozaris, Stephen “tWitch” Boss, and many more. Shanice is trained in a wide variety of dance styles which has given her several performance and tv opportunities. She is signed with Toronto agency daCosta Talent, and has danced in the Netflix series “Self Made”, starring Octavia Spencer, as well as a lifetime movie about “Salt N’ Pepa” — both choreographed by Christian Vincent. Not only was she awarded the Young Choreographers Award for the American Dance awards, she also was a member of the Canadian Tap team in Riesa, Germany; with So You Think You Can Dance contestant, Everett Smith. As well as performing in many Toronto Dance shows such as, Choreographers Ball for Scott Fordham, Fever After Dark - Alex Pollard, Dance Ontario - Vicki st. Denys, Bazaar -Nick Tull, and Carné for Cora Kozaris, she was a Cheerleader for the Toronto Wolfpack and is currently a third season dancer for the Toronto Raptors; working under Shavar Blackwood and Amberley Waddell- Caroli. 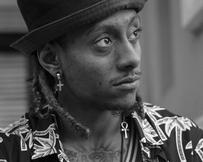 Growing up in a small town, Kaitlin began her dance training at the age of three, and has been dancing ever since. She has trained and competed in all styles of dance both nationally and internationally, winning multiple awards and titles. Kaitlin is now a Toronto-based dancer who has performed at many events around the city including Let the Elephants Dance, an arts-based fundraiser for mental health and as an opening act in the “I Am Blake McGrath” Promo Tour. She continues to further her dance training, attending weekly drop in classes as well as being a member of DARK Dance Company.

Kaitlin has been teaching all genres of dance for six years to students ranging from age two to eighteen. She is a certified BATD jazz, tap and ballet teacher and has her Acrobatique Junior and Intermediate Level certification. Currently, she is studying Life Sciences at the University of Toronto, majoring in Global Health. Kaitlin aspires to share her love of dance with all of her students and allow each and every one of them to grow and reach their fullest potential. Type your paragraph here.

Judy has been working in the dance industry for over 15 years. She has 3 children that have danced and graduated from  TDC (Vince Parrell's Dance Centre at that time). Judy is the caring and kind face you see in the office every day. Although Judy doesn't dance (She does pirouette though!) she is an integral part of our team.

Michael Rulentlez, known as Rulentlez aka BoyAstro, born & raised in Toronto. With over 18 years of industry experience, 9 years of teaching (TDSB), music videos, acrobatics, martial arts, Latin dance & many others. Has traveled for dance around North America, Nicaragua, and South Korea. With a background in Early Childhood Education, extensive experience volunteering for youth functions & instructing youth adolescents for the past 9 years; He is well equipped and continues to share his knowledge of dance with the people he has the opportunity to teach. Performing across Ontario and internationally doing shows to inspire youth; He teaches workshops for all ages on hip hop culture, break dance, turntablism & musicality.

Nicollette Evans has been dancing since she was 7 years old, She has competed and trained in tap, jazz, contemporary, ballet, point, modern, acro and hip hop. She has competed all over Canada and the United States winning numerous titles. She has come first overall at Flashdance and has placed in the top 10 at many regional and national competitions. Most recently she has also won several choreography awards for her work. Nicollette has focused herself now on hip-hop and has really been studying the culture of the style. For the past four years, her hip hop routines have received numerous overall high scores and won choreography awards. She is also very involved in choreographing for the Toronto hip hop industry.

Nicollette has been a part of performances and competitions with her Hip Hop crews (Fo’Real and UHHU) such as Beatdown, World of Dance, Festival of Dance, O.U.C.H, and many more. She is known for her energetic and hard hitting choreography as well as her individualized teaching style. Nicollette is extremely excited and enthusiastic to be part of TDC and looks forward to sharing her knowledge and passion for dance with our students. 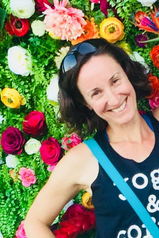 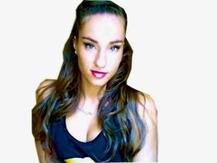 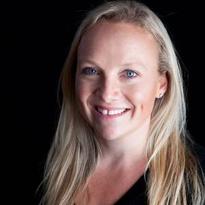 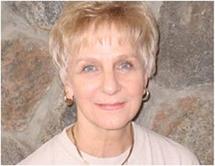 Beth is highly trained in both gymnastics and dancing.  Beth grew up training and competing in ballet, jazz, tap, lyrical, modern, musical theatre and acro and obtained her teacher's certification under the British Association of Teachers of Dance ("BATD") in ballet, jazz and tap.   She competed in gymnastics at both provincial and national level competitions and coached gymnastics for many years.  She has her level 1 gymnastics coaching certification.

Beth competed in dance for many years, with her acro solos winning numerous awards in Canada and the United States.  Beth danced professionally for years, performing in various shows including fashion shows, industrial shows and  commercials.

Beth has been designated a Master Instructor and Examiner under the Arcobatique Acro Dance internationally acclaimed syllabus. 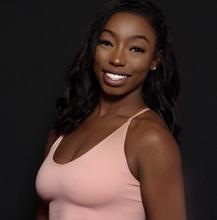 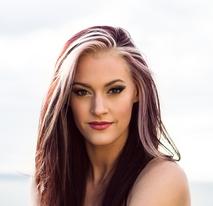 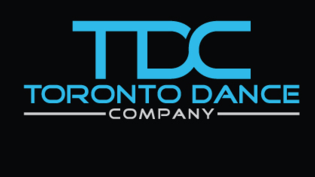 Lindsay Aquin started her training at a young age growing up in a competitive dance studio in Richmond Hill, Ontario but her journey really bloomed when she was accepted to the George Brown Dance program in 2012. She began her journey in the Commercial Dance program broadening her entertainment skills through dancing, singing and acting and after graduating, decided to continue on in the Performance Dance Studies program to solidify her movement, training and technique. Through the program Lindsay had the pleasure of working with amazing chorographers such as, Daryl Tracy, Gadfly, Nicola Panton, Dana Bondy, Derek Sangster, Hanna Kiel, and Anisa Tejpar and she really started to find herself as an artist. Through her summers Lindsay trained and attended the Emerging Artist Summer intensive and ProArte Danza Summer intensive, getting to work with many more amazing choreographers such as, Ryan Lee, Alysa Pires, John Ottman, Robert Glumbeck and Roberto Campanella. Lindsay is trained in a wide variety of dance styles which has given her several performance opportunities. She has performed in many Toronto Dance shows such as, Toronto’s Original Choreographers Ball, Fever After Dark, Dance Ontario, and Toronto’s Bazaar. Working with a variety of well known and upcoming choreographers, Scott Fordham, Shavar Blackwood, Derick Robinson, and Chris Knowles. She’s a reoccurring special guest performer for Army Of Sass St. Johns and has performed in their “90’s Pop Show” and the following year for their, “Divas Show”.  She is also a manager of Millennium Dance Complex Toronto and as well teaches Contemporary drop in classes. She has had the amazing opportunity to be Captain for the Sauga City Dancers and dance for the Raptors 905 first official basketball season, was a part of the Toronto SheWolves , the official cheerleaders for the Toronto Wolfpack and is now Dancing for the Toronto Raptors Dance Pak.

For the past 20 years, Shelley has been exploring her passion for dance. Growing up in different studio competitive programs, she has years of extensive technical training in tap and jazz, ballet (R.A.D), modern, lyrical, contemporary and musical theatre dance styles. She has been fortunate enough to have studied with some of Canada’s most renowned professional teachers and performers.

Shelley is a graduate of the Ryerson University Dance Program. There she became a registered teacher of the Royal Academy of Dance receiving her teachers certificate under the guidance of R.A.D. examiner Audrey Looker, where she also studied under former National Ballet of Canada’s Nadia Potts. Shelley has participated in many dance competitions across Canada and the United States winning numerous awards for her outstanding performances and choreography.  She has also performed professionally across Ontario. Shelley is excited to be apart of the TDC team.

Ofelia Loret de Mola was born and raised in Mexico.   At three years old she fell in love with movement and has never stopped loving the magic, creativity and fun of physical exploration. Her training started out in classical ballet and as a teen, she moved to New York to follow her heart and pursue her dance career in modern dance.
After completing her BFA in Dance Performance and MFA in Choreography from the State University of New York at Purchase, she founded her own dance company danscores by Ofelia Loret de Mola. The New York Times described her style "Mystifying. Full of atmosphere. Each time the work seems to slide down there is a surprise: a deepening awareness of a dancer’s depth or a startling shift in Ms. Loret de Mola’s sense of movement. It is strange, but it is never dull"
She holds a Yoga Certification from Downward Dog Yoga Centre Toronto, a BASI Pilates Comprehensive Pilates Certification, Pilates Mat Certification from Power Pilates New York, BootyBarre certification, and is a Certified Personal Trainer (CPTN).
She loves living in the Beach with her husband Geoff and her daughter Mar and is grateful to be teaching at TDC.

Jesse Hargraves started dancing at the age of three, and has now been a professional instructor, choreographer and dancer in and around Toronto for over seven years. Being in the industry during this time has given her opportunities to perform on television, in music videos, as a back up dancer for multiple singers and in live performances for many major events. For over two years Jesse performed around the southern United States and Caribbean in large production shows on Carnival Cruise Lines. She has gained vast experience as a versatile teacher, teaching both industry professionals as well as students at recreational/competitive studios and in workshops around the city. Jesse has also had the opportunity to choreograph for large events, including performances for clients at banquet halls, in high end restaurants, as well as a section of a show she co-choreographed in "Panamania" for the 2015 Pan Am Games.

Adelaide Kesler is from South Africa where she owned her own studio for over 35 years.  She has been the Ballet Mistress for TDC for the past 19 years.

Since arriving in Canada Adelaide has been a guest teacher for a number of highly reputable studio’s in Toronto including the National Ballet School.

TDC Follows the Royal Academy of Dance Syllabus. Exams are offered and are optional.